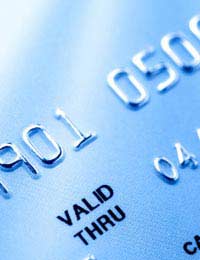 You may not pay much attention to the 16 digit number on the front of your credit card, but it is by far the most important part of your plastic. Furthermore, the sequence of numbers is absolutely unique, separating you from the millions, or possibly billions of other credit card users in the world. The numbers found on credit cards have a certain amount of internal structure, and share a common numbering scheme. Credit card numbers are a special case of ISO 7812 numbers, which are numbers that contain a single-digit major industry identifier (MII), a six-digit issuer identifier number (IIN), an account number, and a single digit checksum using the Luhn algorithm.

The Luhn algorithm or Luhn formula, also known as the "modulus 10" or "mod 10" algorithm, is a simple checksum formula used to validate a variety of identification numbers, such as credit card numbers and Canadian Social Insurance Numbers. It was created by IBM scientist Hans Peter Luhn and described in U.S. in 1954.

The algorithm is in the public domain and is in wide use today. It is not intended to be a cryptographically secure hash function. It was designed to protect against accidental errors, not malicious attacks. Most credit cards and many government identification numbers use the algorithm as a simple method of distinguishing valid numbers from collections of random digits.

Online merchants may use BIN lookups to help validate transactions. For example, if the credit card's BIN indicates a bank in one country, while the customer's billing address is in another, the transaction may call for extra scrutiny.

The first digit in your credit card number signifies the system being used:

The structure of the card number varies by system. American Express card numbers for example, start with 37; Carte Blanche and Diners Club with 38.

American Express - Digits three and four are type and currency, digits five through 11 are the account number, digits 12 through 14 are the card number within the account and digit 15 is a check digit.

Visa - Digits two through six are the bank number, digits seven through 12 or seven through 15 are the account number and digit 13 or 16 is a check digit.

How long are Credit Card Numbers?

The VISA card website suggests that credit card numbers can only be 16 digits long, but this is factually inacurate. In the past, cards with 13 digits have been issued, although they are not issued today.