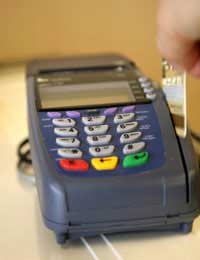 In recent years credit card companies have been getting away with charging their customers penalty fees when they spend over their credit limit or fail to manage to pay their bills within the correct time frame. It is possible however, to win back your card charges using similar tactics that bank customers have been using to reclaim their penalty fees. The principles for challenging both charges are the same; there is a legal difference between charges that can be imposed for breach of contract and penalty charges and up until now banks, building societies and credit card companies have not been playing fair!

What are Credit Card charges?

Credit Card charges are penalty fees that banks and credit card companies levy onto their customer's accounts when certain rules or restrictions regarding the credit on loan are broken. The Office of Fair Trading (OFT) recently made a ruling that limited charges to a maximum of £12. Previously, this figure was uncapped, and many companies were regularly increasing the fees to extortionate levels.

When do you get Credit Card charges?

Customers receive penalty charges when they break any of the terms and conditions of their agreed credit card contract. You should always read the small print before signing up for a credit card, because companies' charging of fees varies a great deal. Most companies will charge fees for late payment, not repaying a late payment within 30 days and going over your credit limit (spending more money than you are allowed to borrow, even if this is a couple of pence). Credit card companies are crafty, and some will even charge for not using you credit! Before you start spending, make sure you know where you stand.

An imminent legal case will see banks defending their right to charge customers penalty charges and the outcome of this case will almost certainly also affect credit card companies in the UK. Pressure from the Financial Services Authority, the Consumer Action Group and several other pressure groups is mounting on banks and credit card companies and it is thought that a legal decision ordering the repayment of all charges levied on bank and credit card customers is likely.

The law regarding Credit Card charges

The law regarding unfair charges is based on contract law which states that if you breach a contract, for example by late payment, then the credit card company can charge you and the courts enforce payment, but the sum must reflect the cost incurred by the bank and not be punitive. If the credit card company argues that the charge is for a service, it is possible to argue that under a separate act the charge must be reasonable.

Can you reclaim Credit Card charges?

Although all claims for bank charges have been put on hold until the outcome of the imminent legal battle, customers may still make claims for charges made by credit card companies. This means that those who have been hit by unfair credit card charges can continue to complain and if the firm refuses to deal with the case, or fails to do so satisfactorily, they may take the matter to the Financial Ombudsman or the courts.

The future for Credit Card charges

A legal case in 2008 will see a decision made regarding the use of penalty charges by banks and building societies. It is likely that credit card companies will also be affected by the outcome of this case and the use of excessive charges outlawed. Banks, building societies and credit card companies do have a strong legal argument to continue the use of charges however, and as some of the richest and most powerful institutions in the UK, it is certain these companies will make a strong argument in their favour.