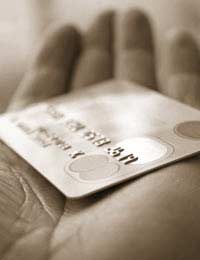 The concept of a credit card is not a new one. Credit cards have been around since the 1890's, when some European merchants offered a credit card as a kind of business perk to better customers.

Credit cards really took off in the United States, just before the beginning of the First World War. Department stores began issuing dog-tag style metal plates to their favourite customers. By 1924 gas credit cards had appeared, the first cards that could be used at merchants all over the country. This was an important advance, because as cars became more common so did travelling, and a gas card that was not accepted away from home had limited value. Indeed, the increasing mobility of the average person is one very important reason that credit cards have exploded with popularity.

Wide Use of Credit

The origins of the first widespread use of charge accounts dates back to the late 1940s, and to a particular person, New York businessman Frank McNamara. Apparently at Christmas, 1949, McNamara went to pay the bill after entertaining a client at Major's Cabin Grill (restaurant), only to realize he had left his wallet in another suit.

Luckily for McNamara, his wife was able to pay the bill, but he continued to think about what had happened, and developed an idea!

A few weeks later, McNamara met with his lawyer, to discuss a relatively straightforward plan; the organisation of a club of diners who would be able to pay for their meals at certain restaurants by putting things down on credit, and then settle the bill at a later date. McNamara managed to enrol 27 restaurants into his project, also offering a three dollar membership to his diner's club to hundreds of friends and colleagues.

Quickly after Diners Club came out, American Express (AmEx) introduced a card (1958) for paying for entertainment and travel costs. The following year, the Bank of America issued its own card that could be used for a greater range of purchases and be paid off over a longer period of time, with interest. But due to country-wide banking regulations, the card was only valid in California.

Then, in 1966, the Bank of America started forming agreements with other banks, allowing cardholders in different parts of America to charge purchases. In the same year, 14 other banks united to create a bank card processing agreement (called "Interlink") that allowed them to share credit card customer's transaction information.